Want to Know the Hype? Top 10 Cryptocurrencies in Summer 2021

There is no doubt that cryptocurrency has a bright future ahead. It is an exciting area in which everyone can increase their capital.

Cryptocurrencies have not only changed the world’s views on money, profit, investment, and trade but have continued to evolve in their own industry since mining the first block of bitcoins in 2009.

Almost everyone who understands blockchain technology can create and create their own cryptocurrency. Even though Bitcoin is always in the spotlight, thousands of other digital currencies have already emerged from this trend. More people and organizations accept cryptocurrency for payment, and the best cryptos are their first choice.

So, today we want to share the ten most popular cryptocurrencies that traders and crypto enthusiasts should keep an eye on in summer 2021. So let’s start our list of Top 10 Cryptocurrencies in Summer 2021!

Bitcoin! Too good to miss! Of course it’s in our list of Top 10 Cryptocurrencies in Summer 2021. The very first cryptocurrency has a few more epithets with the word “most” — it is the most expensive, the most capitalized, the most famous, and the most demanded. Yet, despite a number of shortcomings that are missing in newer cryptocurrencies, Bitcoin continues to be a promising asset. This is evidenced by the interest of institutional investors and support from large companies and media personalities.

Ethereum is different from Bitcoin because it is not only a cryptocurrency. It is also a network that allows developers to create their own cryptocurrency using the Ethereum network. While Ethereum lags behind Bitcoin in value, it is also far ahead of other competitors. Despite the fact that it appeared several years later than some other cryptos, it has far surpassed its place in the market due to its unique technology. There is also an opinion that this is the only currency that seriously competes with Bitcoin.

How far can a meme coin go? As people start investing in it. Not really a meme, but a digital currency born out of a meme. If you are interested in the cryptocurrency field and reading articles and news about crypto, then you should already be familiar with the history of DOGE and its origins. Yes, what sounded like a joke is now one of the most popular cryptocurrencies in the digital currency space with a market value of about $54 billion. Not so long ago, crypto, inspired only by a meme, made it into the top five best-selling cryptocurrencies! And Elon Musk can be credited for this accomplishment..

The Cardano project positions itself as a manufacturer of tools capable of transferring control over world systems from corporations to individuals whose talent allows them to create something new and useful. Cardano (ADA) is a very ambitious idea. Although this cryptocurrency has been around for over five years, it has significantly increased its influence recently and has attracted investors who share the same values. Cardano is a proof-of-stake blockchain platform: the first to be founded on peer-reviewed research and developed through evidence-based methods.

Ripple is the company that introduced the XRP token and is attracting investors because it differs from other cryptocurrencies by offering international transactions. International bank transfers can take up to 10 business days. With Ripple, the same transactions can take seconds. In addition, Ripple has contracts with major banks worldwide. The more contracts it has, the more accessible Ripple is.

The most famous and demanded decentralized network of oracles attracts more and more attention from large companies and projects. More than three hundred partners have already implemented it. As a consequence, this also raises the value of the LINK coin. The more the ecosystem develops, the more valuable the asset will be. That is why today, many investors consider Chainlink (LINK) as a long-term or medium-term investment.

Decentralized exchanges (DEX) are a type of cryptocurrency exchange that allows for direct peer-to-peer cryptocurrency transactions to take place online securely and without the need for an intermediary.

The protocol allows transferring various kinds of information between blockchains, ensuring chain compatibility using a sharding mechanism. Thus, on the basis of Polkadot, it is possible to create more functional services and applications, which blockchain developers have already fully appreciated. The DOT token serves for decentralized project management and the creation of unified chains.

Litecoin (LTC) is one of the most popular altcoins in terms of market cap, and one of the most famous Bitcoin forks often referred to as silver in relation to ‘Bitcoin’s gold.’ However, we must mention that hard forks refer to any fundamental change in the network protocol for those newbies to the crypto sector and blockchain technology.

Litecoin is also one of the oldest cryptocurrencies, launched just two years after Bitcoin by former Google employee Charlie Lee. More specifically, Litecoin was created in 2011 to serve as a lightweight version of Bitcoin.

Tether is one of the best stablecoins, pegged to the US dollar. The digital currency aims to reduce the volatility that is commonly found in other cryptocurrencies such as Bitcoin and Ether. Tether is the most popular stablecoin with a market cap of over $60 billion. In addition, it is the third-largest cryptocurrency in the world by market value.

All presented tokens are on our LATOKEN exchange. So what are you waiting for? Start trading now by following the link below!

Stay up-to-date about the recent crypto and coin news! Follow us on LATOKEN on Medium, on LATOKEN Blog, or LATOKEN VCTV channels to get more insights about cryptocurrencies, trading, staking, and more.

LATOKEN, an international cryptocurrency exchange and IEO platform with over 1.5 million users across the world.

LATOKEN, a leading crypto exchange, makes trading and payments easy and safe worldwide. LATOKEN brings trading and banking to blockchain technology to automate transaction processing and save billions of work hours per year. A single year after its initial launch, LATOKEN got over 750k downloads on Google Play and over 1 000 000 followers on socials. Entrepreneurs looking for funding can consider the LATOKEN IEO Launchpad. There are 240+ digital assets available for traders with the option to connect using RESTful or WebSocket APIs on the LATOKEN platform. In addition, LATOKEN is planning to launch its own NFT Marketplace.

LATOKEN does not provide investment, tax, legal, or accounting advice. This article is written for informational purposes only. Like many other assets, cryptocurrencies are subject to high market risk. Please trade with caution. 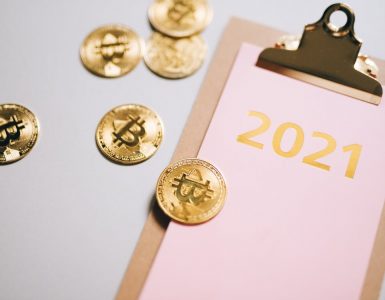 Whales continue buying Bitcoin…Over the past six weeks, crypto hodlers have purchased about 170,000 digital coins. So why are investors increasing their positions, and how might this affect the quotations... 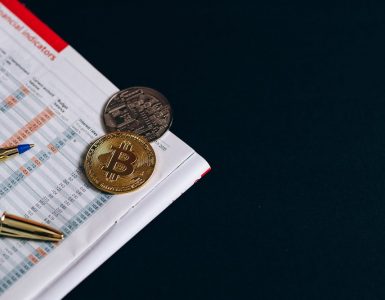 In July, the State Power Corporation of China formally requested all its customers not to use electricity to mine any cryptocurrency in all country regions. This once again confirms that crypto mining in China has...

Here’s to another LATOKEN review! It’s crazy to realize, but according to Investopedia, there were more than 4,000 cryptocurrencies in circulation at the beginning of 2021! And this is far from the end: more and...

El Salvador’s Authorities to Issue Their Own Stablecoin

The Many Ways to Get Cryptocurrency for Free

What Is an NFT Token, and How Some Make Millions on It