Over the past few days, the value of the leading cryptocurrency has decreased by 10%. Let’s try to understand the reason for the drop in quotations and give possible forecasts for the near future.

On the morning of June 8, the cost of Bitcoin dropped to $32,300. During the day, the leading cryptocurrency fell by 10%, and its capitalization fell to $622 billion, according to CoinGecko.

This came after billionaire and former US President Donald Trump criticized the digital coin and called it a scam. The businessman urged the US authorities to “tightly” regulate the circulation of digital currencies in the country.

Over the past week, more than $140 million has been withdrawn from Bitcoin-based instruments, according to a report by CoinShares. So why are institutional investors losing interest in Bitcoin, and how will this affect the value of a digital coin?

Given the current information background, the fall in the Bitcoin rate can be called quite restrained. In addition to Trump’s statement, the quotes were pressured by the news of the FBI’s interception of a virtual Bitcoin wallet, which was used by the hacker group DarkSide after the attack on the Colonial Pipeline, as well as the intentions of the US authorities to introduce stricter cryptocurrency regulation rules.

It is too early to talk about a long-term correction, since from a technical point of view, for such a scenario, Bitcoin must fall below $30 thousand. In the meantime, the dynamics are similar to a price surge and a short-term reaction to a negative information flow.

Most likely, there are two possible scenarios for how things unfold. In the first case, Bitcoin will fluctuate for some time in the range of $35-40 thousand until a critical mass of buyers is gathered. It could activate a bullish trend. The second scenario may imply a drop in the Bitcoin rate to $20-25 thousand, triggering an uptrend.

We would like to remind you that during a strong bull market in March this year, Goldman Sachs announced the launch of new investment instruments based on Bitcoin and other cryptocurrencies, as there was a high demand for such products from customers.

It is incorrect to talk about panic among institutions since investors, despite the withdrawal of funds from products based on Bitcoin, simultaneously increase investments in instruments based on altcoins, which has a positive effect on the crypto market. An example is the software maker MicroStrategy that continues to grow its Bitcoin investments.

On June 7, MicroStrategy announced a $400 million bond issue maturing in 2028. The company plans to use the funds raised to buy bitcoins. The software maker is now the most prominent cryptocurrency holder among public companies. MicroStrategy owns 92,000 bitcoins worth $3 billion.

Many crypto experts are still optimistic about Bitcoin and for a reason. They believe that at the moment, there is a high probability of updating a new all-time high for Bitcoin. The supercycle is probably not over yet, and the market is somewhere in the middle of the growth, which should stop closer to 2023.

In the long term, the main cryptocurrency has prospects to regain its positions lost in May and move to a new growth cycle. 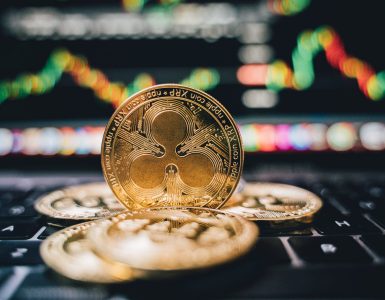 Trading Competitions are a great way to earn passive income while learning how to trade cryptocurrencies on centralised exchanges. These contests have proven to be an effective tool of attracting and retaining newcomers...