Despite such a drop in quotations, Bitcoin’s price has increased by about 27% since the beginning of the year. What incentives can contribute to a further rise in the price of a digital coin, and what do experts think about it? Let’s try to find it out.

Elon Musk recently held a meeting with American Bitcoin miners. The businessman discussed with industry representatives the use of renewable energy sources. Musk said that the meeting was quite promising.

Previously, Tesla refused to sell electric vehicles for BTC due to the non-environmentally friendly way of mining them. Musk said Tesla could not harm the environment, so it can’t accept cryptocurrency as payment until it starts mining with renewable energy sources.

Reference should be made to a study by the Center for Alternative Finance at the University of Cambridge. About 60% of miners in the USA use electricity from hydroelectric power plants.

The policy of the Chinese authorities forces miners to move their capacities to other countries, which may have a large percentage of renewable energy.

Some experts believe that in the future, this will not only help ease the pressure of the global media on cryptocurrency but also strengthen the decentralization of Bitcoin.

All this may contribute to the resumption of the bullish cycle, which may mean a return to the previous optimistic scenario — setting a new all-time high.

The Bitcoin ETF launch might create more opportunities for institutional entry. Still, it is just a tool that is not the main condition for the entry of “whales”: some are already in the market even without various financial instruments.

Bitcoin ETF is a useful tool that allows investing in an asset without actually buying it. The American regulator may sooner or later approve this tool, and investors will be able to use it legally. Cryptocurrency legalization is helpful as it is currently unregulated.

In February this year, Tesla has announced an enormous investment in Bitcoins. The automaker has also recently released a financial report for the first quarter of 2021, in which it announced the sale of 10% of Bitcoins for $262 million. The company managed to record a profit of more than $100 million.

At the moment, MicroStrategy is the largest holder of digital coins among public companies. The software manufacturer owns 92,000 bitcoins.

Large investment banks are also starting to use digital assets. For example, Goldman Sachs became the first among the oldest US banks to create a department for cryptocurrency trading. And JPMorgan will allow its clients to invest in digital currencies in the second quarter of this year.

The trend towards an increase in the number of institutional participants in the cryptocurrency space is likely to continue in the future.

So far, the scenario with a fall in inflationary assets has not materialized on classical markets, but this may happen as early as this year. Against this background, bitcoin as a tool to rescue from dollar inflation will be in high demand from the “whales.”

The main goal of the recovery by the fall of next year is to exceed historical highs and reach the level of $70 thousand.

We will see how investing in the crypto market will become something common for corporations in the not too distant future. Most likely, in the coming months, the trend for a kind of “coming out” among funds and billionaires will continue.

As long as the cryptocurrency is trending and popular, prominent capitalists will continue to use it for their own purposes.

The origin of crypto and why do you need LA token?

Many people already know that the history of crypto started with the most expensive crypto coin today — Bitcoin. On October 31st, mysterious Satoshi Nakamoto published an article named “Bitcoin: A peer-to-peer... 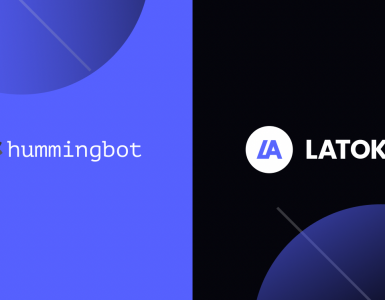 The origin of crypto and why do you need LA token?